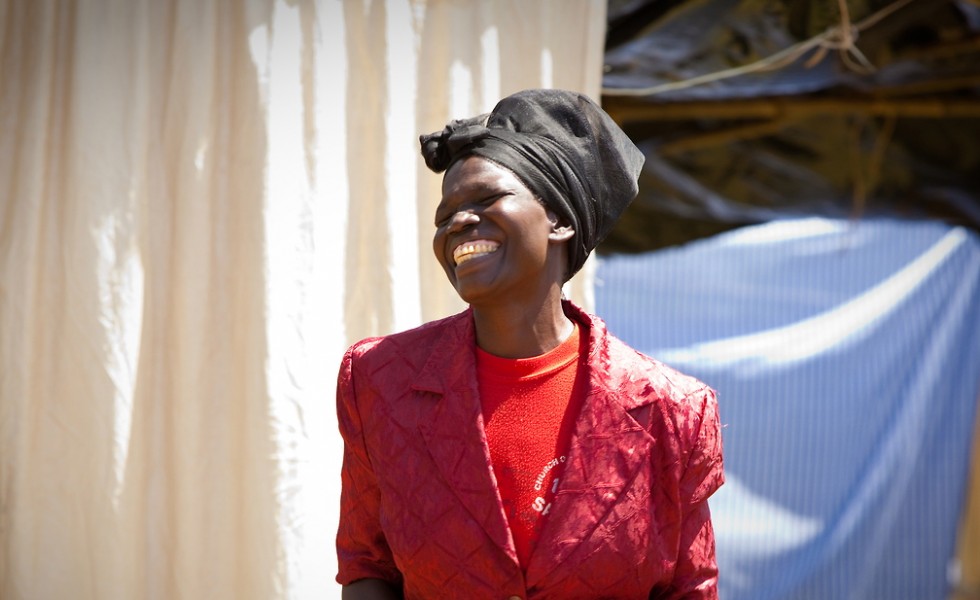 September 2013, WGEF will host the 6th annual Creating a Voice for Women drama festival in Gulu. This unique event provides a critical platform for women to express themselves thru drama, traditional songs and dance. This years theme: Women, a Force for Peace, Security and Democracy. If you’ve missed past festivals, here is a blog post from last year by Douglas Langworthy, DCPA Dramaturg:

Kikopo pa Mon, the annual drama festival of Women’s Global Empowerment Fund, took place yesterday under the hot Ugandan sun. A crew of industrious volunteers had been laboring for two days to get an open field adjacent to a school transformed into a performance space, complete with a covered stage and covered seating. Seven groups of women arrived shortly before noon to get set up to present dramas, dances and songs. The first group arrived in one of the long taxi-vans common in this country. As they poured out of the vehicle, they broke into spontaneous song and dance—their excitement was palpable.

This year’s theme was “The role of women in peace and development in northern Uganda.” In fact, the evening before, WGEF had sponsored a “social evening”, a sort of town hall meeting, to discuss the theme. Invited speakers and many women involved in the organization’s programs engaged in a lively dialogue about how women’s substantial efforts in the area of peace and development often go unappreciated in the region. Two women were given awards for their ongoing work helping women rebuild their lives following a brutal war that had ravaged their country for over 20 years to eventually embrace the hope of peacetime.

The women had been practicing for the following day’s festival for several weeks and were eager to share their work with their sisters. The first drama, which I was somehow able to follow despite being presented in Acholi, dealt with a married couple whose husband was having an extramarital affair. The husband would hop on his “motorcycle”, represented by a pair of handlebars, and zip around town to visit his girlfriend. The wife eventually discovers them together, she and her mate have a huge fight, and eventually the two of them get HIV testing. In these all-female productions, all the men are played adeptly by women.

The plays alternated with choral songs and tribal dances. The dances were breathtaking to watch, accompanied by drums and the bells tied around their ankles. One group held hatchets in what looked like a hunting ritual. Another dance, I was told, was to commemorate a funeral.

As is typical for this event, a large bunch of children gathered, entertained by the plays and delighted by the music. At one point a group of boys who were dancing on one side of the open performance space were rushed upon by the dancing women with hatchets. The boys ran off in what seemed like real fear.
Family planning services and HIV testing was offered in a neighboring school room. Women brought produce, beads and other crafts to sell. I saw one of the elected officials leaving with a pumpkin. Several local politicians were on hand to witness the event and share their thoughts on the theme at the end of the day.

The entire event lasted about five hours. Halfway through a hot lunch was served to everyone (over 300 people) in attendance. It was an exciting and enlightening day for all. I wonder what next year’s theme will be?